The academy, which has evolved into a world-leading competitor development program and is highly regarded by the FIA, has seen 130 graduates pass through its doors and reads of the “who’s who” of the modern era of New Zealand motorsport. International stars such as Shane van Gisbergen, Hayden Paddon, Brendon Hartley, Earl Bamber, Nick Cassidy, Mitch Evans and Andre Heimgartner have all graduated from the academy.

Jack Hawkeswood of Auckland will have a career boost as the new NZ Hillclimb Champion will take part in the 2021 academy along with Toyota 86 rookie Marco Giltrap, also from Auckland. The final pair selected to participate in the academy are the NZ Formula Ford duo of Jack Noble-Adams, Christchurch, and Matthew McCutcheon, Auckland.

“It’s always exciting to announce the next class of the Elite Motorsport Academy,” said Christie.

“New Zealand has so much motorsport talent, especially amongst our young competitors, so it important that we not only celebrate this but congratulate and acknowledge the immense achievement that is being selected for the academy.”

The eight academy participants will now prepare for their week-long training camp in Dunedin at the end of June.

Highlights and milestones at Teretonga this coming season 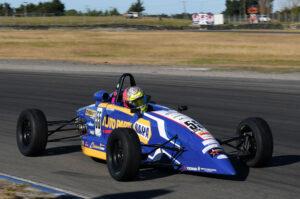